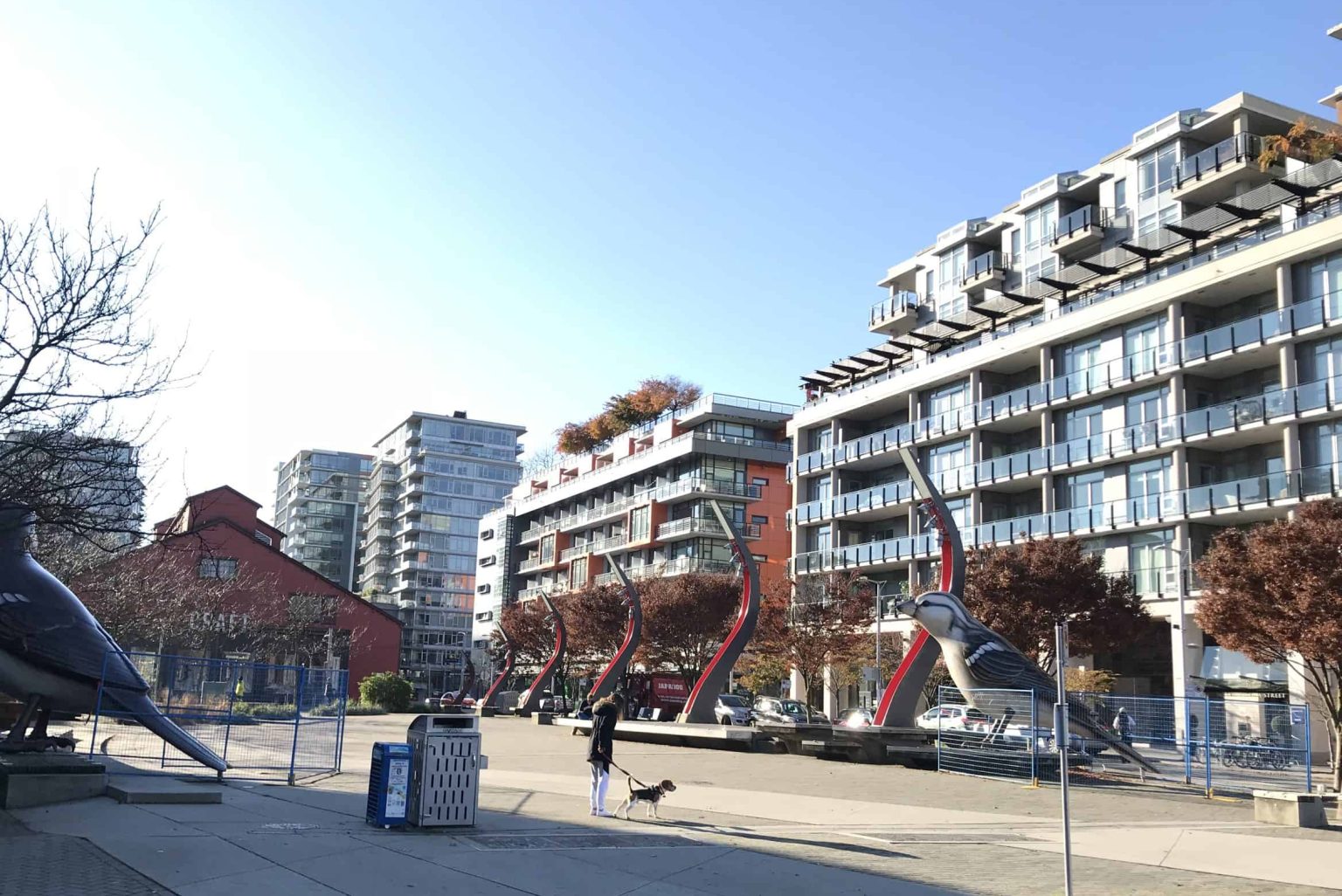 Welcome to Olympic Village, located just South of False Creek and across from Downtown Vancouver, BC. Families and busy professionals are a perfect match for the Village, as all your necessities can be found just minutes from your front door. If you love biking and walking, Olympic Village is your ideal match. The seawall runs through the Village connecting you to Downtown and other parts of Vancouver. The Village comprises approximately 1,100 residential units, area parks and many restaurants and retail outlets. Olympic village is known to be one of the greenest communities in the world, with innovative energy efficiency, solar heating and green roofs.

Before Olympic Village was the beautiful community it is today, it was previously a former industrial area consisting primarily of parking lots. In 2010, Vancouver hosted the Winter Olympic Games and Winter Paralympic Games. The City of Vancouver decided to build on the remaining undeveloped waterfront land to accommodate over 2,800 athletes, coaches and officials. The construction began in 2006 and was completed in the summer of 2009. Each building was constructed to have wheelchair access. 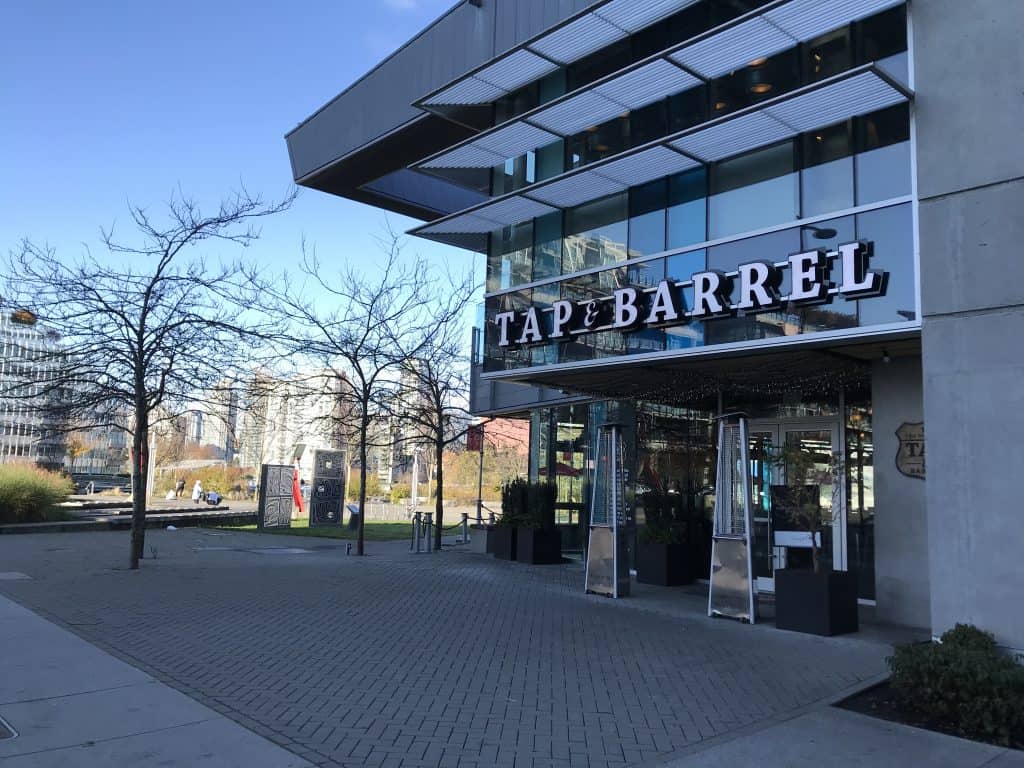 Olympic Village is home to some of the most popular patios in Vancouver. Here you’ll find Tap & Barrel, a family-friendly restaurant with over 20 beers on tap. Tap & Barrel is known for its massive patio seating area that resides right on the seawall, making it the perfect stop to grab a bite while admiring the breathtaking view of Vancouver. Also, in the Village, you’ll find Craft Beer Market. Craft has 140 different beers on tap, making your options almost endless! You can find many other spots to grab food in the Village including: 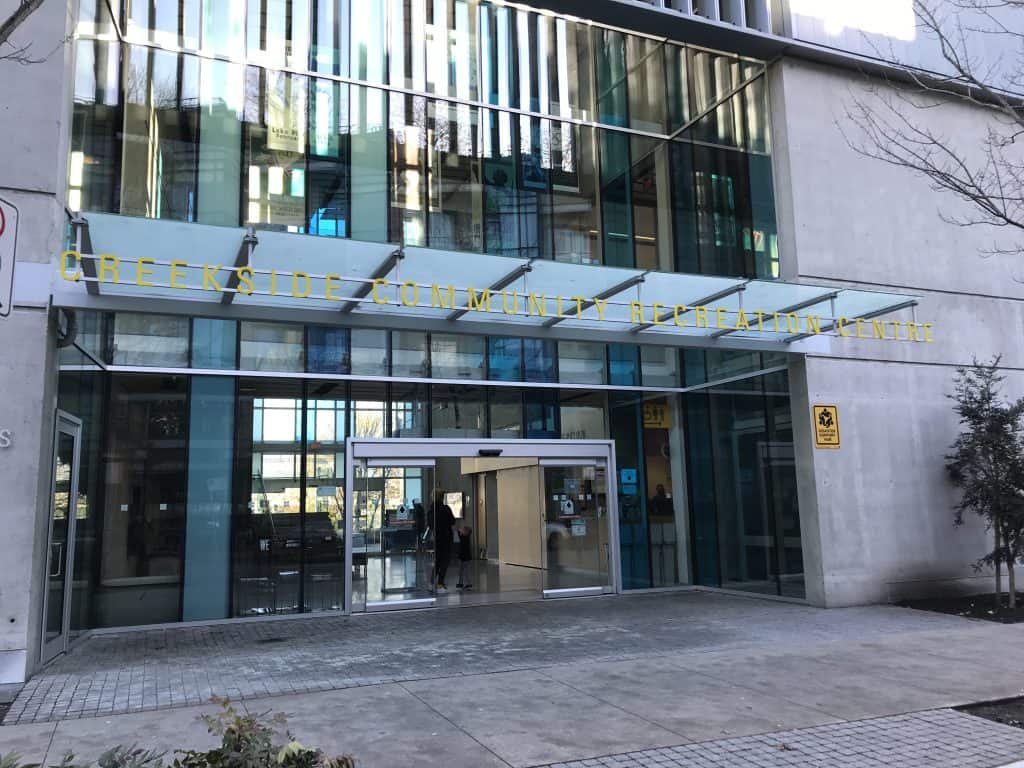 On 1 Athletes Way resides Creekside Community Recreation Centre. You’ll find a fitness centre, gymnasium with basketball courts, dance and yoga studios, meeting and event spaces and a childcare centre at the community centre. The community centre is always filled with friends and families enjoying the area. Right off the building are a paddling launch and kayak and dragon boat centre, making this a kayaker’s dream location.

Families with school-age children don’t need to worry about not finding a school for their children because there are many schools nearby the Olympic Village.

Olympic Village is in the catchment of many excellent schools including:

Simon Fraser Elementary School is a public kindergarten to grade 7 school and is part of the Vancouver School Board District.

Eric Hamber Secondary School is a public grade 8-12 school and is part of the Vancouver School Board District. Click here to view more.

L’École Bilingue is a public French Immersion kindergarten to grade 7 school and is part of the Vancouver School Board District. Click here to view more.

The City of Vancouver is currently in the process of developing a plan to create a new elementary school in Olympic Village that would be located beside Hinge Park. If the Vancouver School Board can obtain the funding for the school, construction will start by January 2024. 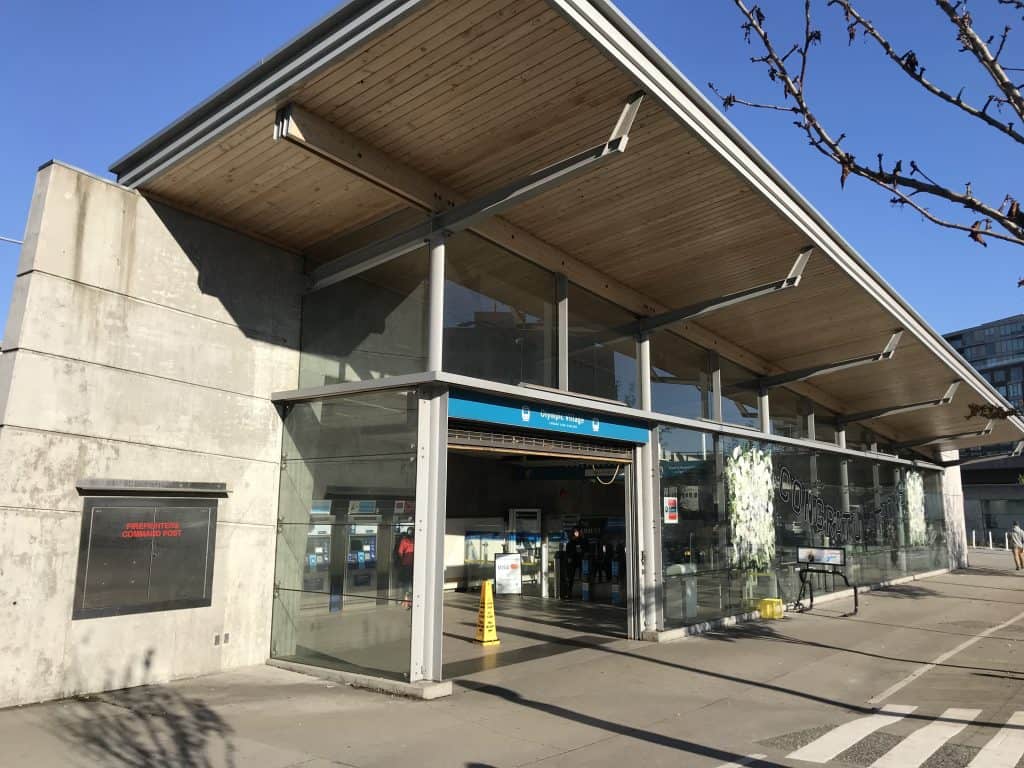 Residing in Olympic Village is ideal for transit users. You’ll find the Vancouver Expo Line Skytrain and the Canada Line just a ten-minute walk outside the Village.

Leave your car keys at home and effortlessly connected to all parts of Vancouver! Click here to view the public transit routes. 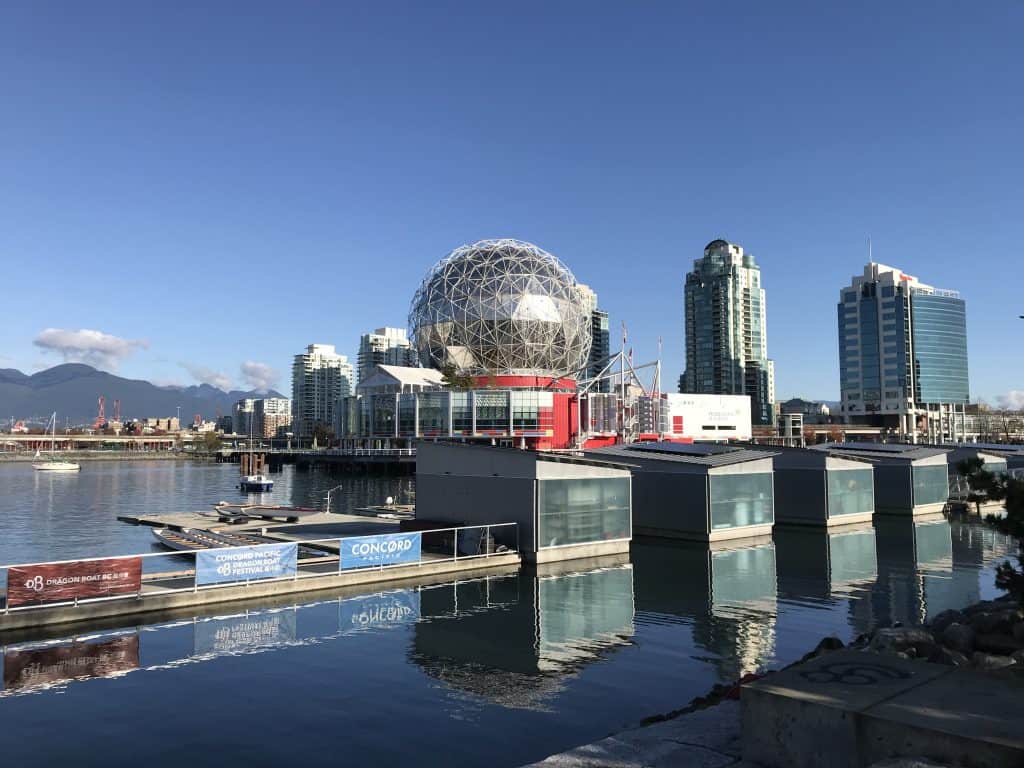 Things to do in Olympic Village

Placed just East of the Village is the admirable, lively Science World. Science World is a science centre run by a not-for-profit organization called ASTC Science World Society. This attraction features hundreds of interactive indoor and outdoor exhibits and displays, live science demonstrations, children’s camps, parties, and so much more. With various topics/themes throughout the year, you’ll never get bored of this attraction. Whether you’re old or young, Science World is entertaining and fun! The ultimate rainy day date!

If you hop on the seawall and start walking West, you’ll end up on Vancouver’s breathtaking Granville Island. Granville Island is a peninsula located just under the south end of the Granville Street Bridge. This tourist attraction/food lover’s paradise is home to some of Vancouver’s best dishes (especially seafood!) and shopping.

Granville Island Public Market is constantly full of activity. Consisting of an enormous food market, theatres, artisan workshops and craft studios. You’ll find popular restaurants such as Dockside, Bridges and the Sandbar and an endless selection of cafes and local food stands. Visit the Adventure Zone to play arcade games, or take your kids to the indoor jungle gym! You’ll never run out of things to do when visiting this delightful market.

Want to visit Downtown Vancouver after the Market? Hop on the AquaBus Ferry located on the water to catch a breathtaking boat ride to your next destination. The AquaBus provides commuters and sightseeing services to locations across False Creek, making trips back and forth every 15 minutes.

The Village is absolutely for dog lovers and families. Here you’ll find numerous parks and attractions including:

Creekside Park is a waterfront recreational park with grassy lawns, playgrounds, bike paths and pedestrian walkways. The park is a popular spot for summer events and festivals as well as a gateway to Science World! No matter the time of year, Creekside Park is always lively with families and friends admiring the breathtaking view of the city and water.

Hinge Park is located West of the Village covering over two acres in size. Here you’ll find large grassy areas, picnic tables, children’s play structures and an incredible fully-fenced, off-leash dog park for your furry friend! The park also connects to Habitat Island (known to locals as Beer Island) where people can grab a drink and take in the beauty of Vancouver.

You’ll never have to travel far for any of your necessities when residing in Olympic Village, making this location ideal for busy professionals and families. You’ll find Urban Fare, London Drugs, Legacy Liquor Store and numerous coffee shops just steps from your front door. For bulk items, Costco is just a 10-minute drive away. You won’t have to bug your neighbour for flour again!

If you love outdoor activities and events, Olympic Village is the spot for you. Home to North America’s Flagship Dragon Boat Festival held by the Concord Pacific every summer in False Creek. It is the biggest race in North America, with over 200 teams from all over the world competing. Whether you’re paddling or simply just watching, the festival is endless fun for everyone, with live music, front-row seats to the race, and so much more!

In addition to the Dragon Boat Festival, every July, the YVR Food Fest (formerly known as the Food Cart Fest) is held in the Village consisting of food, craft breweries and endless live entertainment. This five-day-long event is not something you’ll want to miss!

If Olympic Village sounds like the perfect place for you, click below to view current properties for sale.